The state of the economic sphere is changing dramatically around the world.

In recent years, the token economy, a unique economic sphere, has been attracting attention. The token economy is already being developed by many companies, local governments, universities, and other organizations, and has the potential to bring about major changes to the conventional legal tender-based economy and society. This article provides an overview and case studies of the token economy.

We use government-issued legal tender (yen/dollar, etc.) to run our economy. However, we do not always use legal tender to receive or provide services, but sometimes we use alternative currencies to shop using gift certificates at shopping malls, to get free toppings using points accumulated at ramen shops, or to buy and sell items using common cryptographic assets among users in online games, etc. This "alternative to currency" is called "currency. This "alternative to currency" is a "token.

When a token is circulated and used by many people, a unique economic sphere is created. This is called a token economy.

There has been a token economy in the past, as described above, but why has the "token economy" attracted attention in recent years?

The answer is the advent of "blockchain technology.


The most essential requirement for alternative currencies is trust.

During the 19th and early 20th centuries, countries around the world adopted the "gold standard," a system in which gold was used as the standard for the value of money. However, the gold standard gradually collapsed and was replaced by the managed currency system, in which the central bank of each country controlled the amount of paper money.

Under the gold standard, the amount of money issued was limited by the amount of gold held, but under the current managed currency system, the value of money is determined by "national credit.

The fluctuation of the exchange rate is also partly due to the availability of credit to the country's economy.

In other words, it is very important for alternative currencies to have "trust" as well, and "blockchain technology" plays a role in this regard.

Blockchain is also known as a "distributed ledger." Because it is a system (distributed) that shares the same ledger information (database) within individual systems, rather than the traditional centralized management of information, it is extremely difficult to falsify or erase transaction data (transactions). Blockchain is a highly transparent and trustworthy system. Blockchain is expected to be applied to a wide variety of applications because of its high transparency and reliability.

This blockchain technology has brought credibility to alternative currencies.

So why should we use tokens instead of legal tender?


The main advantages of using tokens are (1) faster and cheaper transactions, (2) automation of contract and settlement management, (3) funding without relying on banks, and (4) community building. The following is a step-by-step explanation.


Basically, there is no intermediary in token transactions. Conventional money transfer operations are conducted through banks and other financial institutions, which require fees and time, and hence people are hesitant to send a few yen to a few hundred yen. However, since token transactions allow the sender to send directly to the receiver, intermediary fees and time are reduced compared to bank transfers, and even small amounts of tokens can be sent easily.


Automation of contract and payment management


By utilizing smart contracts for transactions in the token economy, contracts and settlements can be completed automatically without the need for an administrator or intermediary.

Smart contracts use a predetermined mechanism for effective transactions and contracts recorded on the blockchain when certain conditions are met, thereby eliminating the need to keep the agreement between the two parties in writing as a contract.


Funding without relying on banks


It is very difficult for an individual or small company with no track record to raise funds by issuing shares or through financial institutions such as banks. However, the emergence of a third method of fundraising, conducted by issuing tokens and selling them to investors instead of raising funds through stocks and loans, has enabled the creation of an economic sphere that does not rely on banks as a new econonomy.


The biggest advantage of using tokens is community building.

Why do we need to use tokens instead of legal tender? Of course, legal tender (yen) can be used anywhere in Japan, but it may not be appropriate if you want the money to be used only by your company or in your community. With tokens, you can surround a community with its own economic sphere because the destination is limited.

So why issue new tokens instead of existing tokens (Bitcoin, Ethereum, etc.)? By creating a common currency (a new proprietary token) that is limited to the people in a community, not only will the economy of that community be active, but the token will have some utility, such as "ownership of products, use of services, access to a certain community, voting rights when making important decisions about services and community " and so on, thereby adding value to the consumer's presence in that community. Such tokens are called "utility tokens.

Like the utility tokens described above, tokens can have specific functions based on how they are used, and there are many different types of tokens. A single token can also belong to multiple categories.

One of the main types of tokens is the "Governance Token. Governance tokens are tokens with the added right to vote on decisions within the platform. Governance token holders are members of the community and can participate in voting on future management policies.

In recent years, "fun tokens" have become a trend in the sports industry. A funtoken is a token issued by a sports team that entitles the holder of the funtoken to exclusive privileges and the right to vote on team management decisions. In other words, funtokens have the functionality of both a utility token and a governance token.


First, we would like to introduce a case study of a token economy business that is conducting a local development project while successfully utilizing tokens as a "just reward" for valuable content that has been difficult to value in the past.

"Sarubobo Coin" is a local cryopto currency for Takayama City, Hida City, and Shirakawa Village in Gifu Prefecture, launched to promote local production for local consumption of money and to revitalize the local economy.

In addition, the website "Sarubobo Coin Town" (https://www.hidashin.co.jp/coin/town/index.html) was opened to the public in December 2020, where you can find a menu of behind-the-scenes items that can only be purchased with Sarubobo Coins. 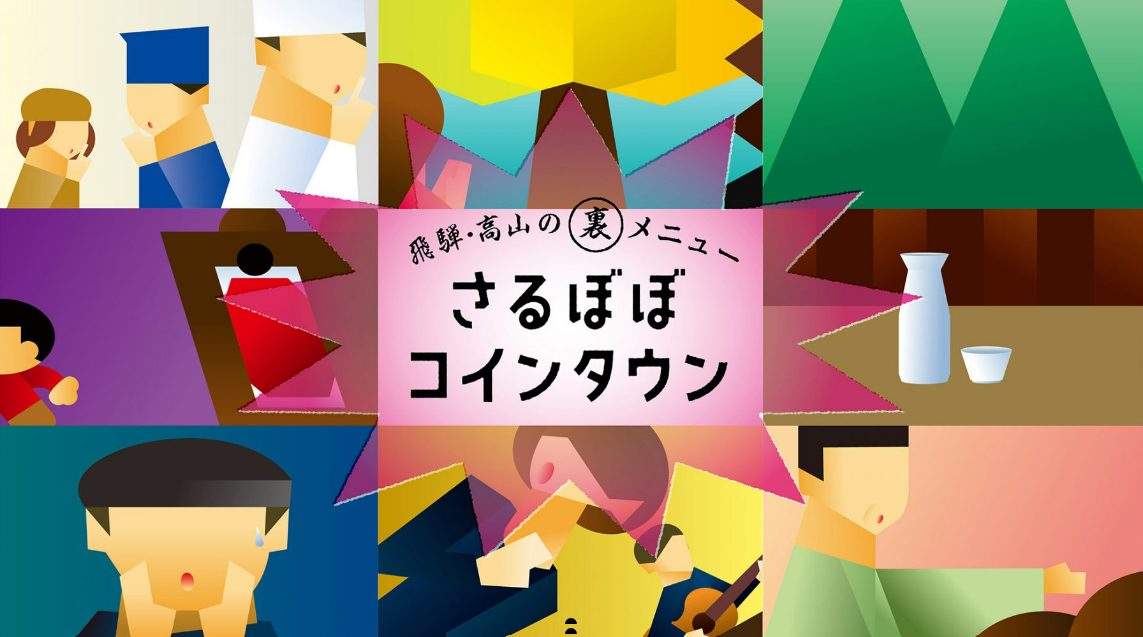 In addition to "food" menu items such as "Hida beef, a sake that is not available in the market" and "Katsu-don (pork cutlet bowl) at an Italian restaurant," the back menu of Sarubobo Coin Town sells unusual products such as "Hida Takayama's mountains," "A couple's song," "Mr. 00's secret story" and "Private library in the attic, time all to yourself.

We hope to create new communication between sellers and buyers by selling the region's greatest attraction, the "citizens of Hida," as products, and to make the things and experiences that can only be purchased at Sarubobo Coin a part of Hida tourism.

This is followed by examples of the token economy in people's daily activities.


STEPN is a life fitness app that allows users to earn money by exercising. The "Move to Earn" concept is gaining attention.

The broad outline of STEPN is a game-like app that allows users to earn tokens by purchasing NFT sneakers on the app and moving them in the real world in conjunction with GPS.

The key focus of STEPN is its design, which allows users to consume uniquely issued tokens in the game, so that the value of the tokens is not lost. Tokens earned through exercise can be exchanged for USDC, SOL, etc. and can be converted into cash through the market, but tokens earned in-game can be used for the following purposes

This article has introduced a broad overview of STEPN as an example of the token economy, but if you are interested in the WHITEPAPER and LITEPAPER of STEPN, please refer to the official website for a detailed description of what STEPN is and the types/features of tokens.

The Potential of the Token Economy


Many companies, research institutes, local governments, and others are already working to develop a token economy, which has the potential to create an economic zone in any community.

The key to designing a token economy is controlling liquidity, token utilities, and user expectations. If these are designed well, it will be possible to secure a large number of users.


Globally, in no other country are "points" as prevalent in daily life as in Japan. The term "poikatsu" has spread as a representative of saving money, and you are all living your lives in community management without even knowing it.

In other words, there is no country where the token economy fits better than in Japan.

A future in which town development is based on tokens that can be sustainably managed, such as this, may become commonplace and permeate the community.