NFT.NYC 2022 attracted 1,500 speakers and 15,000 attendees from around the world. NFT.NYC, now in its fourth year, featured several parties during the exhibition. The main venue for NFT.NYC was the Hotel New York Marriott Marquis in Times Square, but the parties, which were side events held by PFP NFT projects such as Doodle, Cool Cat, Pudgy Penguin, and Moonbird, were more noteworthy. Among them, ApeFest, which is open only to BAYC (Bored Ape Yacht Club) holders, the king of NFT, was a symbolic event for the NFT industry in 2022. Our members from Tokyo Token visited New York to participate in ApeFest 2022, and in this article, we share our insights from the forefront of the NFT scene. 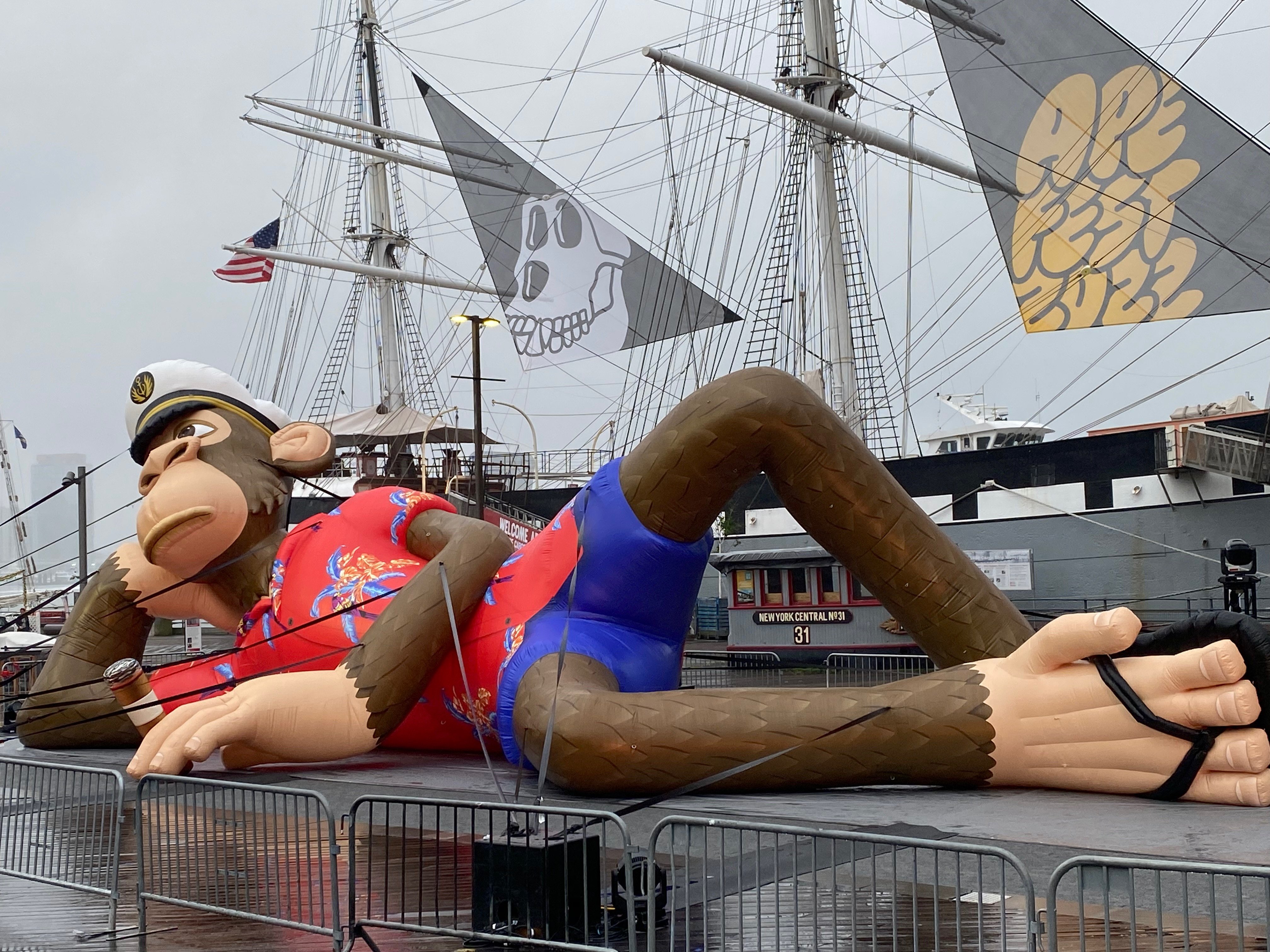 The first thing that struck us when we arrived in New York was the difference of enthusiasm for NFT. The screens in Times Square were colorfully decorated with advertisements for the NFT project, and there was a different atmosphere than in Tokyo, where many people consider crypto to be a dubious thing. In fact, we sometimes met Japanese in New York, but their presence was so weak that we felt a sense of crisis, as if Japan would fall behind in the world of NFT if nothing was done.

Many of the parties, which were the highlights of the event, were open only to NFT holders and in many cases were behind closed doors. If we watch it with a cold look, the participants seemed to be satisfying themselves by showing off in a small world. Bitcoin maximalists, who value openness, might have criticized if they saw this scene. But for the crypto world, which has anticipated for any killer content to be widely accepted, the arrivals of NFTs were greeted with a warm welcome. Our purpose of our visit to New York was to attend ApeFest 2022 at the popular event venue Pier 17. Popular artists such as Eminem and Snoop Dogg were invited to perform on stage, and people were left in a frenzy with free drinks and pizza in their hands. It is nothing but a festival.

At the merchandising space located one floor below the rooftop, many people lined up to buy BAYC merchandise which were not so expensive. They seemed to have a strong identity as the BAYC community, proud to be a part of it. There is no doubt that the strength of the BAYC community lies in the will of each one of these individuals.

For ApeFest 2022, we prepared NFTs with BAYC motifs and distributed them to participants. These NFTs with Tokyo Tour as a utility were well-received, and the loyalty to BAYC seems to easily transcend language barriers. T-shirts printed with the five BAYCs owned by Tokyo Token decorated with the company logo attracted a lot of attention and played an important role in networking.

Trends ~Before and After ApeFest 2022~ 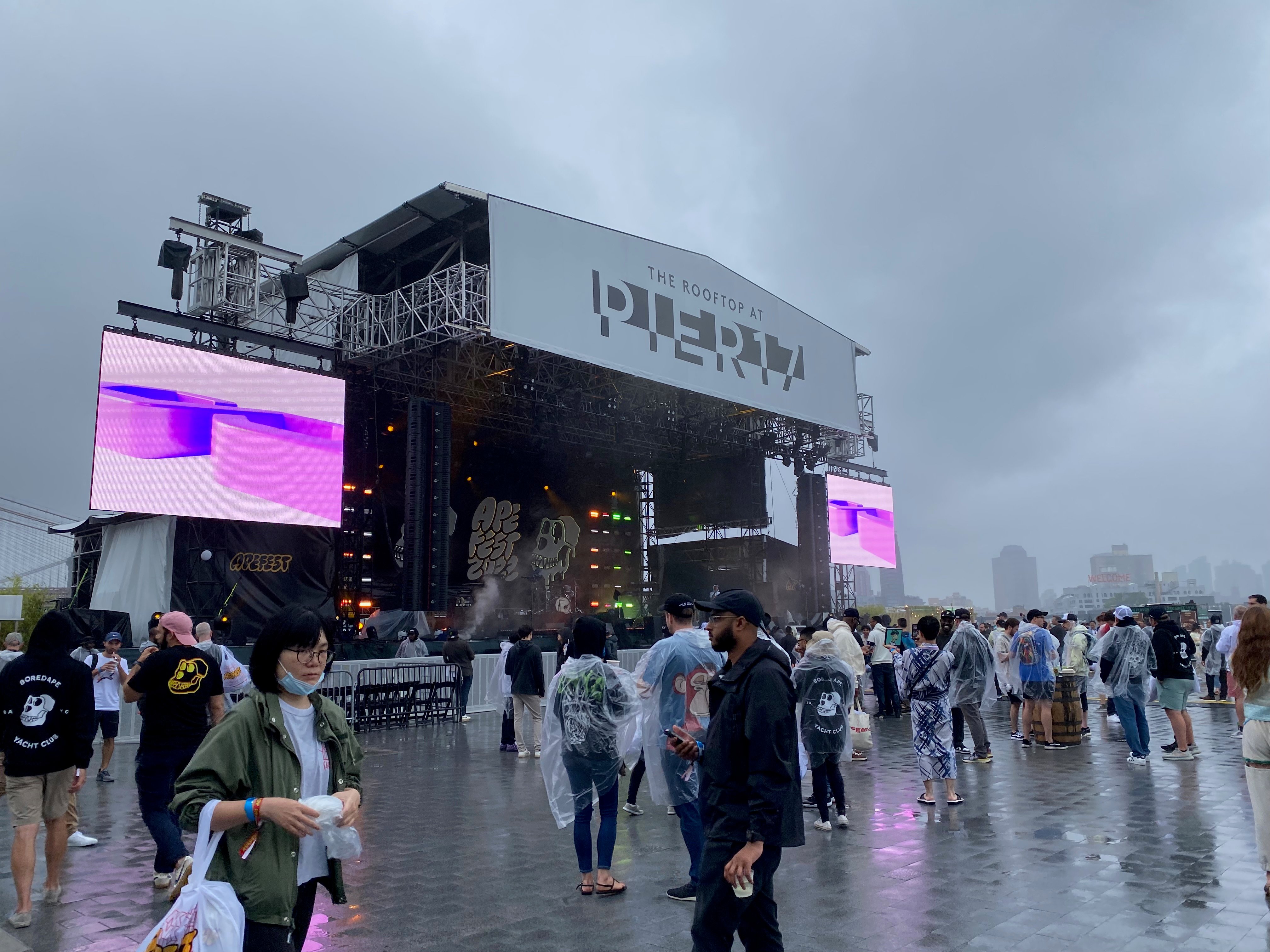 ApeFest 2022 may have been a major milestone for the NFT world. Impressively, despite the prices of Bitcoin and Ethereum hit lows, people were enjoying the party and the experience in a closed world. During the NFT war era before ApeFest 2022, projects were crowded, but ApeFest 2022 will probably be the turning point, and only the projects with true value will survive. ApeFest 2022 is very symbolic in this respect. The NFT world will continue to have a closed culture like Silicon Valley. But to say that NFTs are all about parties and communities, that is a hasty conclusion, and new experiments to overturn existing standards are expected to emerge.

The frenzy keeps on going

On July 12 this month, an event for BAYC holders will be held in Japan. Our members at Tokyo Token will attend. As mentioned, ApeFest 2022 has become a symbolic event for the NFT world today. The echoes of the frenzy will not be silenced for a while. Last month, NFT Art Tokyo was held in Shibuya, Tokyo, with a capacity of 300 people, but 2,000 people visited the event. It is likely that the enthusiasm for NFT we felt in New York will spread to Japan as well.