Traditionally, the purpose of playing games were literally "playing," but now surging number of people all around the world are playing games as a new source of income. This is the so-called "Play to Earn (P2E)" concept, which is the core of the GameFi (Game x Finance) space, an integration of gaming and finance. In Southeast Asia, there are cases where money earned by playing games has helped to escape from the poverty caused by the COVID pandemic. In this article we investigate the features of Play to Earn.

What is Play to Earn

First, we will explain blockchain technology that has made it possible to "earn money with games," which was not possible in traditional online games.

The key to Play to Earn is Blockchain Technology

Blockchain technology is defined on the website of the Ministry of Internal Affairs and Communications of Japan as follows.

“Blockchain technology is a type of database that directly connects terminals on an information and communication network to process and record transaction records in a decentralized manner using cryptographic technology, and is the underlying technology used in cryptocurrencies such as Bitcoin.”

In other words, the main characteristics of blockchain technology are: (1) a system in which you manage your own data (personal information) by yourself (decentralized) rather than the conventional centralized management of information, (2) extremely difficult to tamper with, (3) no system downtime (zero downtime), and (4) transaction data cannot be deleted.

By integrating the above blockchain technology and cryptoassets with conventional games, a mechanism for making money inside the game has been established. The game environment which was solely controlled by management companies is now changing into a decentralized community managed by both players and management companies.

The following table summarizes the characteristics of blockchain games.

How Play to Earn works

The way to earn money varies by each game, but the basic method is to "earn crypto or NFT" within the game. These assets can be converted to fiat at the markets. The following are some avenues to earn assets in the game.

① Earn rewards by clearing certain conditions in the game

② In-game characters and items are NFTs, so they are assets

In-game characters and items are NFTs. They can be traded at external markets as well as inside the game. Characters with high rarity or high level (grown by playing) are traded at higher prices.

In traditional online games, there is a practice called RMT (real money trading), in which in-game items are traded for fiat, but this is regulated in online games in Japan. NFT (characters and items) can also be created by the player, allowing him or her to earn money as a designer.

After all, the advantage of utilizing NFT is that it "perpetually remains as an asset". This means that "NFT-ed" characters and items are managed in each player's wallet, so even if the game service ends, NFT is an asset and will remain its value.

④ Earn money by becoming the owner of a scholarship program

Blockchain games have the problem that they are not easy for anyone to start because of the high initial investment (e.g., purchase of NFTs). This is where the scholarship system comes in. The scholarship program is a system in which NFT owners lend NFTs to players (scholars), while the players share a portion of the reward earned from the game with the owners. Once you become an owner, you automatically earn money even if you do not play the game.

As mentioned in the introduction, developing countries in Southeast Asia, India, the Middle East, South America, and Africa were hit hard by the rising unemployment rate caused by COVID-19, and surging number of people fell into destitution. However, with the advent of blockchain games, there have been many cases of people escaping from it by earning money from playing games.

In Southeast Asian countries where the cost of living and wages are low, people can make a good living from the money they earn from games, and the blockchain game market has developed to the point where some players have become full-time gamers, or some people can be seen playing games on the streets.

Have you heard of Axie Infinity, a game that is popular in Southeast Asia, especially in the Philippines? 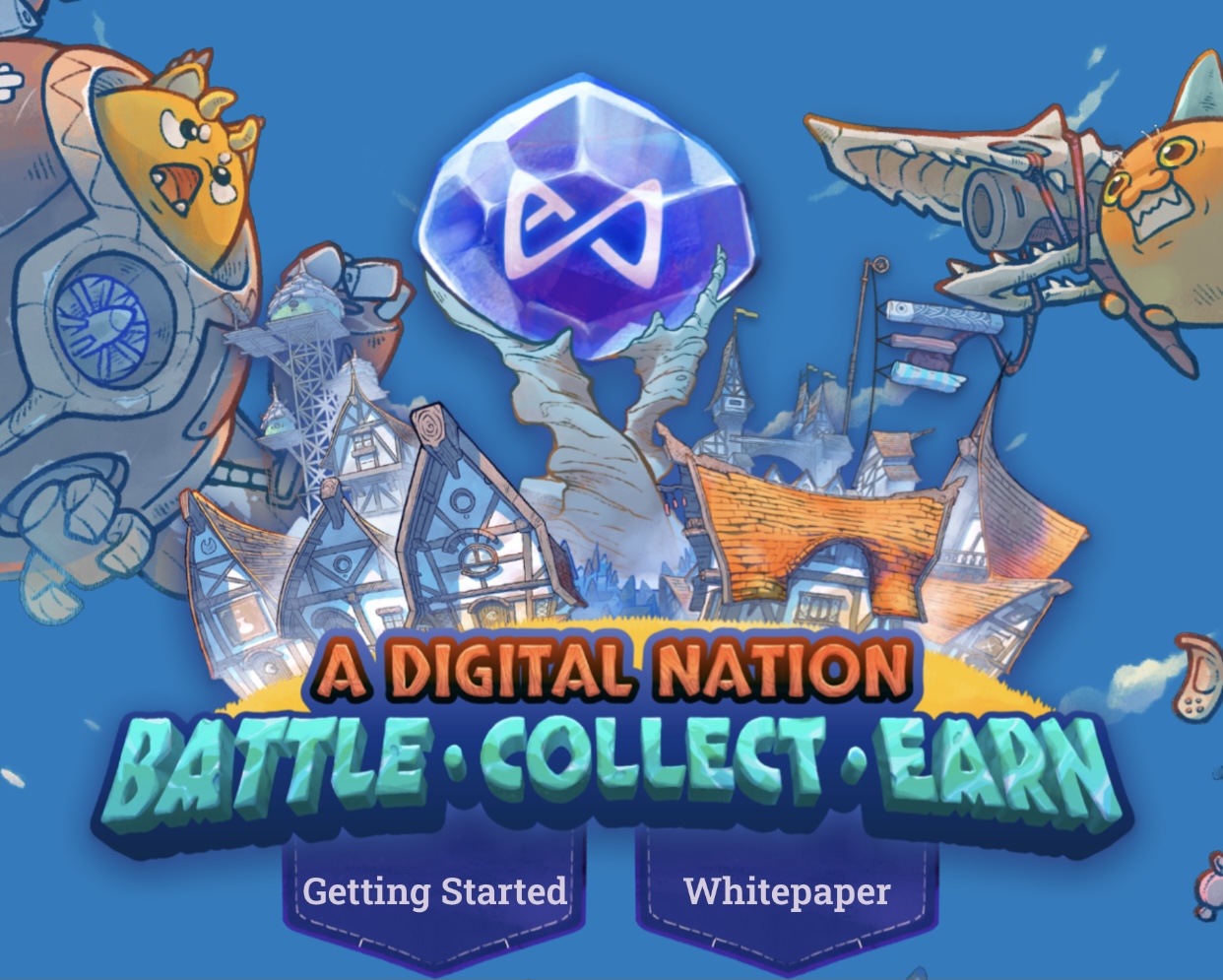 Axie Infinity is a blockchain game launched in Vietnam and has established a "Play to Earn" model with approximately 750,000 users as of November 26, 2021, although the number of users is currently decreasing from then.

Axie Infinity is a blockchain game in which players collect, raise, breed, and battle with creatures called Axies. You can earn tokens called SLP (Smooth Love Potion) based on your performance. If you win in the Arena mode (versus other players) and achieve a higher rank, you can also earn additional tokens called AXS.

SLP and AXS is traded on cryptoasset exchanges and can be liquidated to real money. In addition, since Axies are NFTs, it can also be traded in NFT marketplace.

The majority of professional gamers in Southeast Asia mentioned above make a living from playing Axie Infinity.

The forefront of Play to Earn

Although blockchain games have established a dreamlike business model of "play and earn," there are not only advantages but also many challenges. Some challenges are, cases of losing money depending on the number of players and fees, not enough development due to lack of engineers and technicians with blockchain technology expertise, updates require the approval of all users since it is a decentralized management community, and there are concerns that data processing is a burden and costs become enormous.

When these issues are improved, and the concept of "Play to Earn" becomes more popular as the blockchain gaming market grows, perhaps you will never need to tell your children to spend no more than an hour a day playing games!